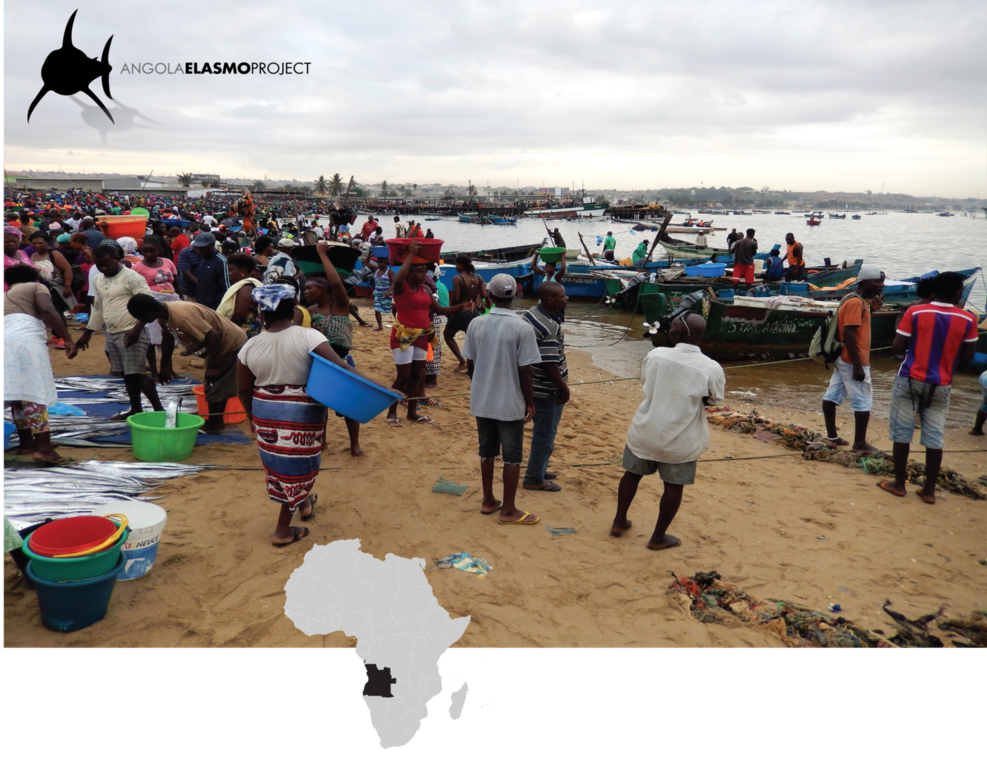 The Angola Elasmo Project was launched in October 2016 by Ana Lucia Furtado Soares and aims to assess the impacts of artisanal fisheries on elasmobranchs in Angola. The main objectives are to identify and characterize the artisanal fisheries operating along the coast by collecting information on gear characteristics, catch locations, and fishery targets; assess the diversity and relative abundance of sharks and rays landed; and collect biological information of species occurring in landings.

Located along the coast of southwest Africa, the Angolan coast lies within the highly productive Benguela Current Large Marine Ecosystem. This strong upwelling zone supports extensive commercial industrial and artisanal fishing sectors. The large artisanal fishing fleet is scattered along the coast and lands a considerable number of sharks, rays, and guitarfishes. Recent studies have indicated that fishing effort from this fleet is on the rise, partly due to an increase in the number of fish workers migrating to the coast. However, due to the lack of capacity in the country, there is currently no information on catch volumes, landings, species composition, and data on the impact of these fisheries on shark populations. Results of this project will be essential to understand the status of species interacting with fisheries and will serve to inform future management plans.

​This project has been partly funded by the Shark Foundation.

​Below are some pictures taken along the Angolan coast during a pilot survey undertaken in 2016.