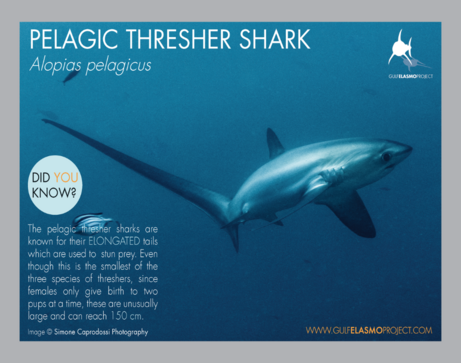 There are over 150 species of sharks, rays, guitarfishes, and sawfishes occurring in the Arabian Sea and adjacent waters region. Below are Did You Know? fact sheets focusing on some of these species.
Wedgefishes and giant guitarfishes: an identification guide
FRENCH 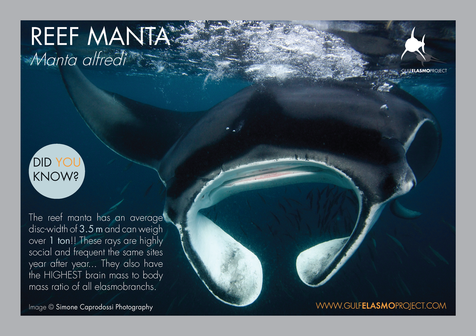 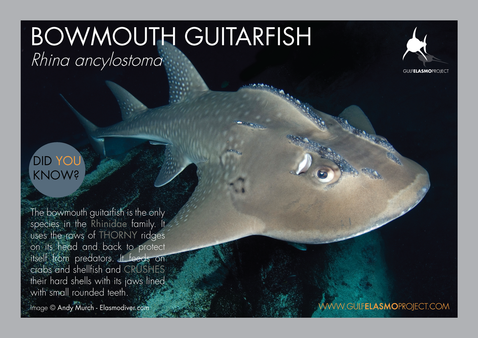 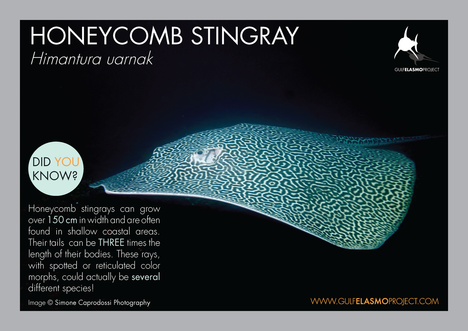 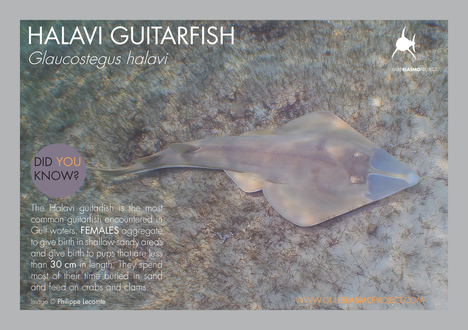 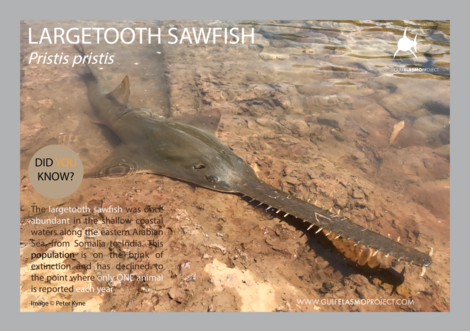 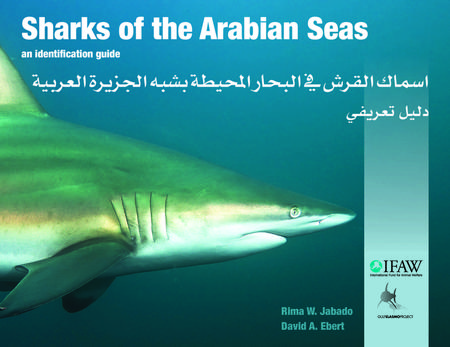 Sharks of the Arabian Seas: an identification guide

There are over 100 species of elasmobranchs recorded from the Arabian Seas region and their identification can be problematic! With the support of the International Fund for Animal Welfare (IFAW) and Convention on Migratory Species (CMS) Sharks Memorandum of Understanding, a guide entitled 'Sharks of the Arabian Seas: an identification guide' co-authored by the project leader Rima Jabado and Dave Ebert was published in 2015. This guide, in English and Arabic, features all species of sharks confirmed from the Arabian Sea and adjacent waters region as well as ray species that have been listed on international instruments such as the CMS or the Convention on the International Trade in Endangered Species of Flora and Fauna (CITES). Now you can download this guide for free and use it as a resource to identify species that you report!
​Click below to download:
​ 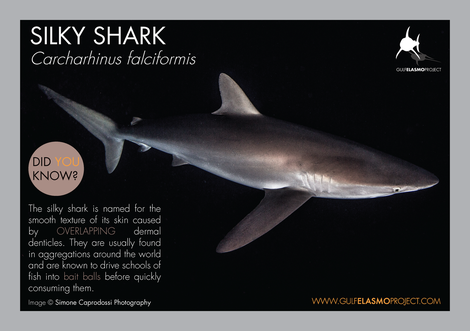 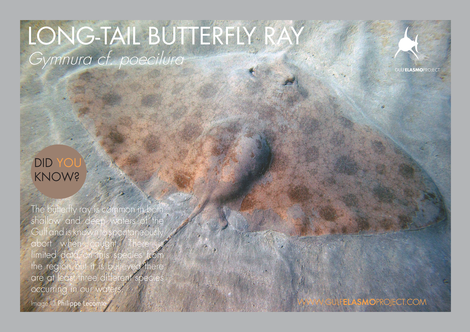 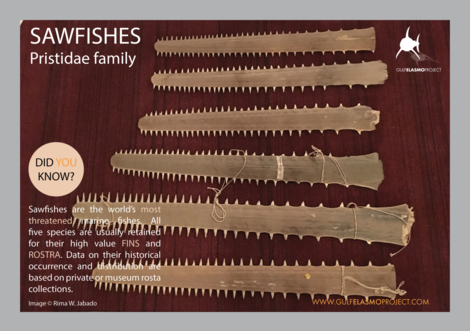 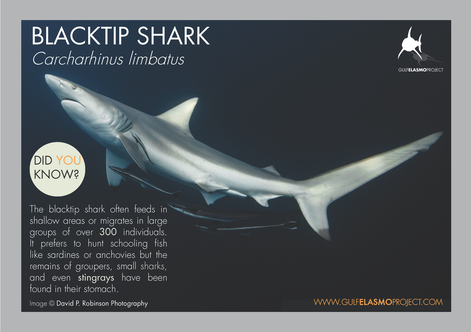 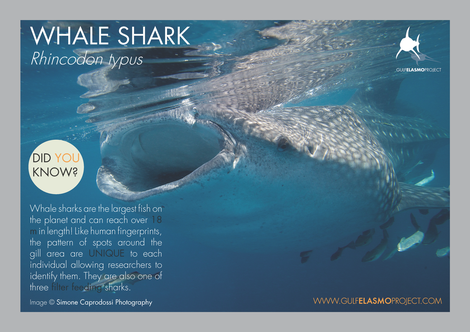 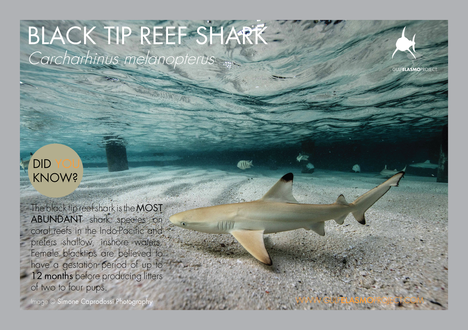 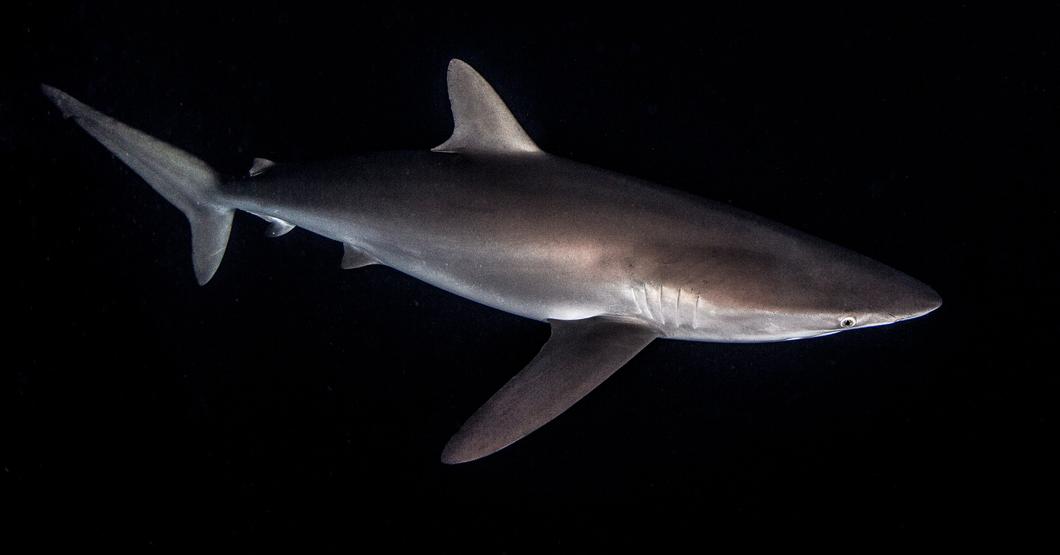 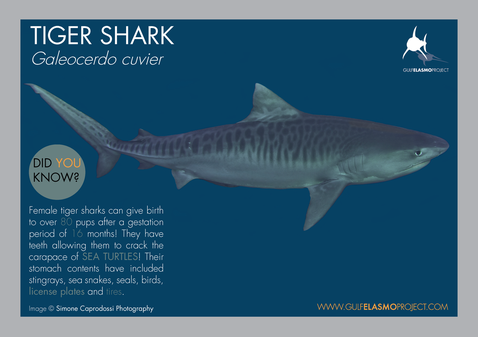 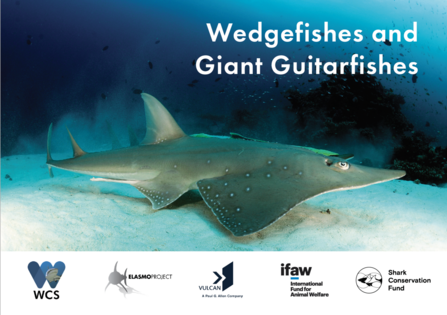 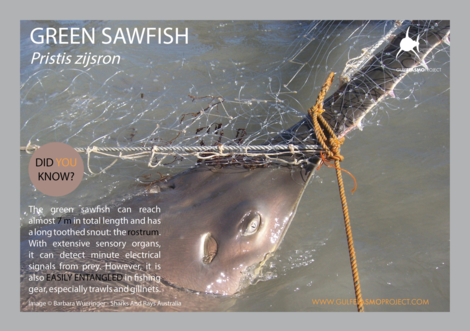 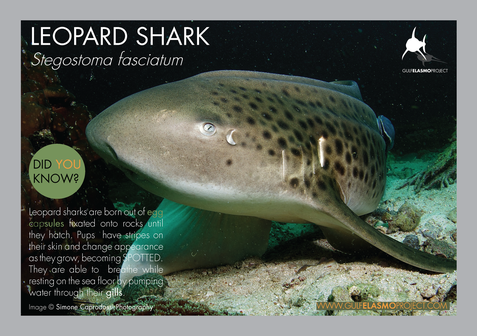 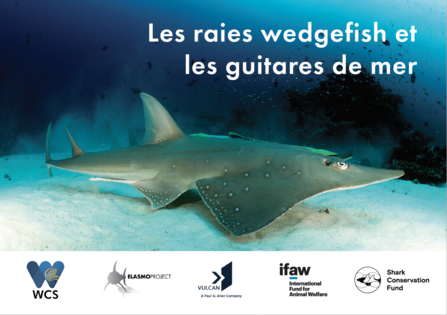 Rhino rays - the 16 species of wedgefishes and giant guitarfishes - are the most threatened marine taxa in the world. Population declines around the world have led to all but one species to be listed as Critically Endangered on the IUCN Red List of Threatened Species. These declines are largely due to fishing pressure but also because these species have some of the highest value fins. In 2019, all species were listed on CITES Appendix II which requires that their trade is regulated through a permitting system. To support with species and fin identification, the Wildlife Conservation Society and Elasmo Project developed a guide to these species. It is available in English and French and can be downloaded for free.