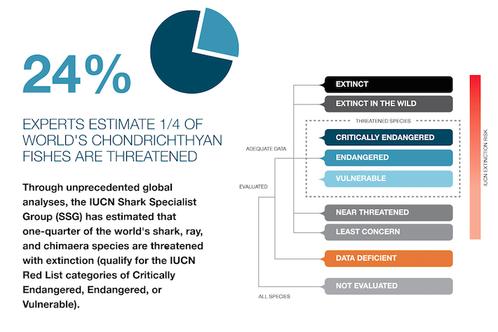 Sharks, rays (including guitarfishes, sawfishes, and skates), and chimaeras form a distinctive group of fishes that are collectively referred to as chondrichthyans. They are distinguished from bony fishes (teleosts) by their internal cartilaginous skeleton and from jawless fishes (Agnatha class) by their true upper and lower jaws. The class Chondrichthyes is divided into two subclasses and includes the Elasmobranchii (all sharks and rays) and the Holocephali (chimaeras). Around the world, there are more than 550 species of sharks, almost 650 species of rays and another 55 species of chimaeras which brings the total to approximately 1250 species of chondrichthyans.

Elasmobranchs or 'elasmos' are characterised by 5 to 7 pairs of gill openings on the side of their heads, dermal denticles for scales (placoid), and a spiracle (small respiratory opening behind each eye). Since the year 2000, more than 200 new species of elasmobranchs have been described, with an average of approximately 25 new species per year since 2007. Many of these newly discovered species are either deepsea inhabitants from regions that have previously been understudied or species that are now being recognised because of advances in genetic studies. These discoveries highlight the importance and need of accurate taxonomical identification if we are to manage these species.

The life-history patterns of elasmos are very different from most teleost fish. Most species are long-lived with biological characteristics that consist of slow growth, late maturity, and the production of few young. It is believed that the current exploitation levels of many elasmo species is unsustainable and that their depletion will have serious impacts on marine ecosystems. 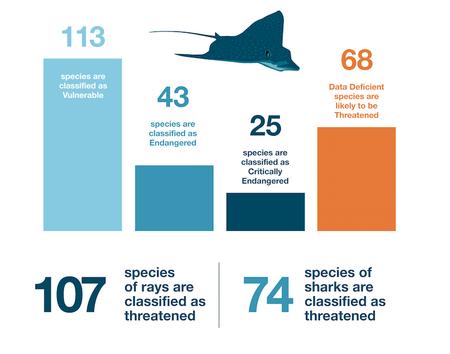 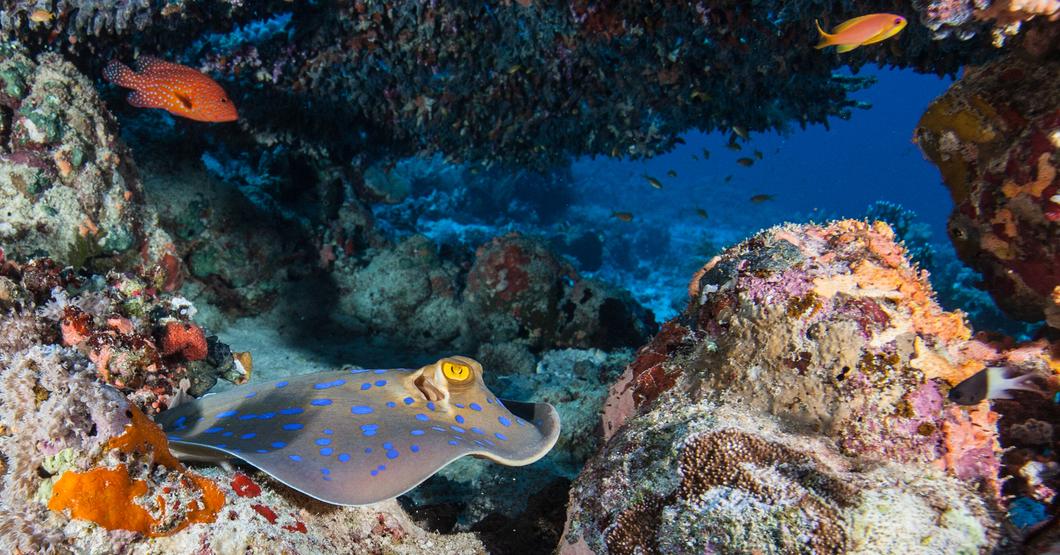 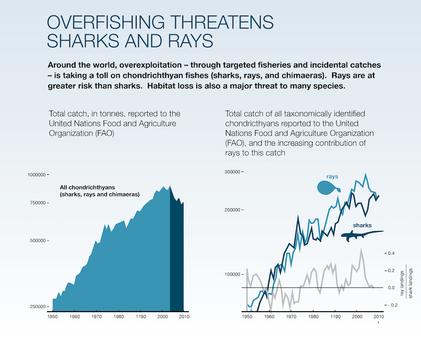 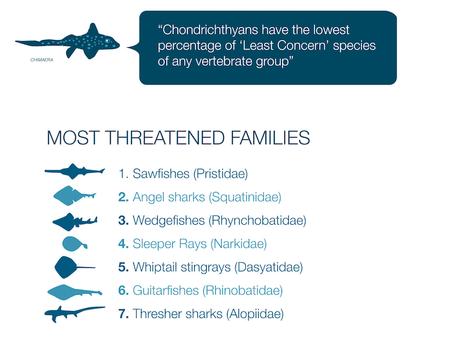 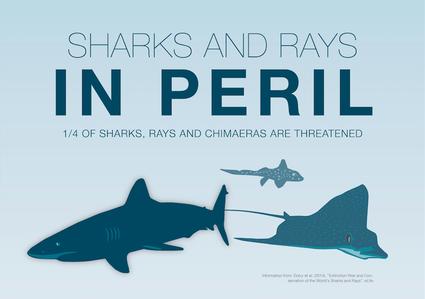 STATUS OF ELASMOBRANCHS AROUND THE WORLD

The fish fauna in the Indian Ocean and especially the northwestern area including the Arabian Sea, Sea of Oman and Arabian / Persian Gulf has been understudied. While some research projects have been undertaken in recent years, biological data as well as information on abundance and distribution of these species remain limited. This lack of information does not allow to assess the status of elasmo stocks in the region and limits the development of scientifically based management measures. It is clear that without any information to support conservation effort, it will be very hard to implement effective actions for the protection of these species.

Studies from around the world have shown that due to their biological characteristics, elasmobranchs are extremely vulnerable to fishing pressure and once populations are overexploited, they are extremely slow to recover. It is believed that as many as 73 million sharks could be killed around the world every year. Scientists have shown that many shark populations have seen declines of up to 80-90% in their numbers in recent years. This is mainly due to the intense fishing pressure many of these species are facing. The demand for fins from Asia in the past few decades has been a driver for their exploitation in many countries around the world and they are being affected by both industrial and artisanal fisheries. Furthermore, elasmobranchs are threatened by a wide range of other anthropogenic impacts including habitat degradation and destruction, marine pollution, recreational fisheries and shark control programs. The last review by the International Union for Conservation of Nature (IUCN) Red List indicates that one quarter of all shark, ray, and chimaera species are threatened with extinction (74 threatened shark species and 107 ray species).

This region of the world is of particular concern because of the large number of countries bordering the Arabian Sea and north-eastern Indian Ocean that are ranked as top shark fishing countries in the world including India (9% of global catches), Pakistan (3.9%), Sri Lanka (2.4%), and Iran (1.7%). Furthermore, the United Arab Emirates and the Republic of Yemen are considered to be amongst the top five exporting countries in the world for dried shark fins to Hong Kong. It is therefore highly likely that we are pushing elasmobranchs to extinction in this region without even knowing which species actually inhabit these waters. Fishermen in the United Arab Emirates have already confirmed that species that were previously common are now either rare or have completely disappeared. With the limited research being undertaken, citizen science is the only way to keep collecting information about the diversity, abundance and distribution of elasmobranchs here.